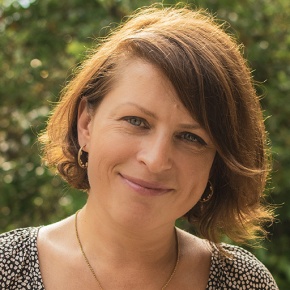 I graduated from Bulgarian National Academy of Fine Arts as a Master of Graphic Design. An important part of my education was the exchange art program at Bath Academy of Art, as well as a summer specialisation in Graphic Design at Central Saint Martins, London.

My advertising career started in 1997 as an Art Director at McCann Sofia. During my 9-year stay there, our team was awarded 2 times Creative agency of the year. In 2006 I was appointed Creative Director at Euro RSCG Agency, and two years later I decided to accept the challenge and become a Group Creative Director at Ogilvy&Mather Sofia. I can proudly say that over this 4-year period my team and I have become the most awarded agency in the market — 2 times Creative agency of the year 2008/2009, Effie Agency of the year 2008, Golden Drum and David Ogilvy awards. As the period between 2004 and 2010 had brought significant changes to everyday life, as well as to technology and, respectively, the advertising industry, I decided to create NEXT-DC: a modern Digital Creative Agency combining advertising expertise with technology.

The agency utilizes three keywords — idea, technology and entrepreneurship — in order to create value for brands and society.