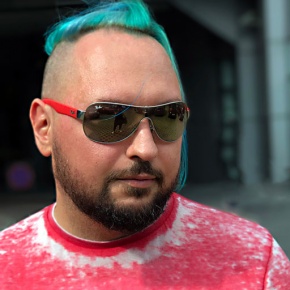 Marin Kostov – Muro is the Executive Creative Director of All Channels Communication Group – the most-awarded independent Bulgarian communication group.
He started his career as a copywriter and soon became the youngest Creative Director of the famously effective Grey Bulgaria, where he worked with key accounts such as P&G, Nokia, GSK, VISA, Chevrolet, HBO & AXN.

Nine years ago he took charge of the Creative Department of the newly found All Channels Advertising that went on to become top 3 creative agency at the most famous Bulgarian creative festival – FARA, for the last two years in a raw.

Having started as an agency with 3 minor clients and a similar-sized team, All Channels is currently responsible for the presentation of global brands such as Jameson, Decathlon, Philips, The Apple Thief, Starobrno, Raiffeisen Bank, FOX Channels and National Geographic Channel.

For the past 4 years Marin has been appointed as part of the FARA Bulgaria jury panel, and in 2017 he became head of the Engagement Category of the IAB Mixx Awards Bulgaria jury panel.
Last but not least, he won numerous awards including the Golden Drum, FARA, Webit Awards, IAB Mixx, SABRE, BAPRA Bright awards and so on.