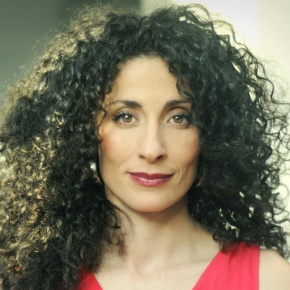 Stanislava Armoutlieva is a founder and a managing director of some of the biggest music companies in Bulgaria - Virginia Records, Animato Music, Virginia Publishing,  Animato Music Publishing.

Virginia Records was founded in 1992 as the official representative for Bulgaria of the largest record company in the world at that time – PolyGram, which was renamed Universal Music after one of the biggest mergers in the industry. Virginia Records has been the executive licensee of Universal Music for 17 years. The company is now the exclusive partner of Sony Music Entertainment for the territory of Bulgaria and is also partnering with the Polish label Magic Records and the Greek label Heaven Music. The company is also involved in digital distribution and represents of The Orchard in Bulgaria.

Virginia Records is the official partner of SyCo Ent. and a record label of several reality formats such as X Factor and Bulgaria’s Got Talent. The company has one of the biggest roasters of Bulgarian top hip hop and pop stars and is their producer and manager.

Virginia Publishing is the exclusive representative of one of the world’s largest publishing companies – Universal Music Publishing for the territory of Bulgaria. Virginia Publishing is also managing the entire production music catalogue of Universal Music Publishing – UPM. The company is a sub-publisher of Peer Music and is partnering with the Croatian firm IDM Music for the administration of the catalogue of BMG Rights Management in Bulgaria. Animato Music was founded in 2002 and for 10 years was the licensee for Bulgaria of one of world’s largest record companies – EMI Music. After the merger between Universal Music and EMI, this partnership grew to a deal with Universal Music. Animato Music also works with Beggars Music Group, the Romanian label CAT Music and ToCo International.