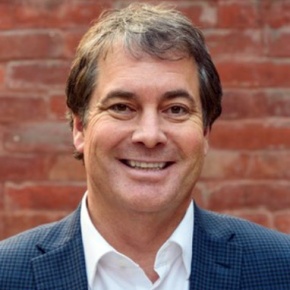 Mr. Thompson has been active in the start-up venture space for 25 years as a builder of companies, angel investor, angel group leader and fund manager. In 2017, Mr. Thompson integrated all these roles into Valhalla Private Capital. In his capacity as Chairman and CEO of Valhalla Private Capital, Mr. Thompson oversees direct investing of 100 members and 4 funds under management for a total of over $80 million in deployed capital.

A Valhalla entity is VA Angels where Mr. Thompson has lead the 100+ members to collectively fund 180 companies for over $50 million dollars since 2003.  While the majority of these investments are located in Canada, a number of the investments including the funds managed by Mr. Thompson have been placed globally in 6 additional countries to date.

Mr. Thompson has personally invested in 40 start-up companies and, as an entrepreneur, founded Alberta SuperNet as well as being the founder or a founding partner of four funds including VA Angels Fund I, Lat18 Capital, and venture debt fund, Old Kent Road Financial, a venture debt fund, has deployed over $20 million in capital and provides returns of 18% IRR net fees annually.

In 2005, Mr. Thompson created the BaseCamp program which is an exclusive investment seminar for startups. Since 2006, Mr. Thompson has worked with over 1000 entrepreneurs in cities across North America, South America and South-East Asia. Mr. Thompson is very passionate of the education component and enjoys guiding companies through the formal program or on a one to one basis over a cup of coffee.  He is currently part of the Angel Capital Association Task Force on Investor Education.

Mr. Thompson was awarded Startup Canada’s investor of the year for 2015 and has been asked to share his knowledge and first-hand experience of the startup ecosystem through formal speaking and instruction engagements in 26 countries over the last 2.5 years.