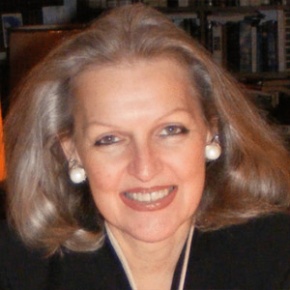 Candace Johnson is a co-founder of SES, the world’s pre-eminent satellite group and the architect of SES Global. She is also the founder of various companies as Loral Cyberstar-Teleport Europe, Europe’s first independent private trans-border satellite communications network, and Europe Online, the world's first Internet-based online service and a founding investor and Member of the Board of Kacific, the high-throughput Satellite Internet System for the Pacific. Under her presidency of EBAN, she has co-founded MBAN, the Middle East Business Angel Network and ABAN, the AfricanBusiness Angel Network.

Ms. Johnson is also the President of three investment funds and is the founder of the Global Telecom Women's Network (GTWN), Global Board Ready Women (GBRW) and the VATM, the German Association of Private Telecom Operators.

Ms. Johnson has been decorated by the Government of Luxembourg with the Commander of Merit and the Officer of the Oak Leaf Crown for her work in founding and building SES to become one of the world’s largest satellite systems as well as being decorated by the Federal Republic of German with the Officer of the Order of Merit for her role in privatizing telecommunications and media.