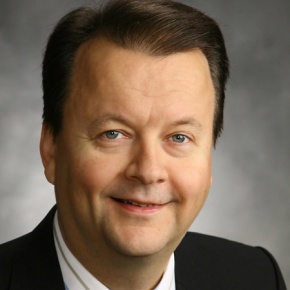 Ari is an angel investor and entrepreneur. He is the the founder of Lagoon Capital investment company. Ari has been a successful technology entrepreneur 20 years and a business angel for over 10 years. He developed his company Komartek into an international success story. Komartek was bought in 2004 by WM-data (presently CGI). His position in WM-data was Vice President.

Within the last 10 years, Ari has made angel investments in 32 companies in which all investment rounds he has participated total up to 92. These include MariaDB, DealDash, Surveypal, Miradore, Sympa, Strossle and 360 Cities. From the above mentioned investments, he has had three successful exits from Severa, Paytrail and The Switch.

Ari is also an investor in venture capital funds which include Seedcamp, 500 Startups, True Global Ventures and Spintop Ventures. In Spintop he is also Senior advisor and Investment committee member. He is also a member of Seedcamp Investment commitee. Ari is an Investment council member in Finnish Industry Investments.

Ari was elected by FiBAN as Business Angel of the Year in Finland in 2014. He is a co-founder of FiBAN and Vice Chairman of the Board during 2010-2012. Ari has been EBAN board member and Vice-President during 2012-2016. He is also a member of EstBAN and NFBAN. Ari has been featured in several business magazines and blogs. He holds a Master of Science degree in engineering from Lappeenranta University of Technology.