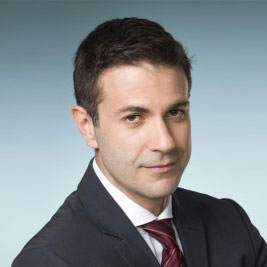 Venelin Petkov is the Director of News, Current Affairs and Sports at bTV Media Group since 2014. He has built most of his professional career at bTV. He started working at the station as a news reporter and anchor when it was launched in 2000. Later on he gained experience as a documentary producer as well.

He is the author of documentaries and news reports on various topics. Among them are A Journey Across Afghanistan and Transformation for the bTV Documents documentary program and Damage and Clean Water for the bTV Reporters weekly news magazine. He is the only Bulgarian journalist who has won the prestigious US Peabody Award for excellence TV, radio and on-line storytelling (for the documentary Opium and Roses – Part 1 of the trilogy A Journey across Afghanistan).

Venelin Petkov is a Master of Arts in English Philology from the Sofia University St. Kliment Ohridski. In 1996 he won a Fulbright scholarship and continued his education in the USA. He is also a Master of Arts in Radio and TV Journalism from the oldest journalism school in the world at the University of Missouri-Columbia. During his time in Columbia, Missouri he worked as a reporter at KOMU-TV - the local affiliate of NBC and also at KBIA Radio – the local affiliate of the US National Public Radio (NPR). After an internship at CNN he started working full time as an Associate Producer for CNN International.