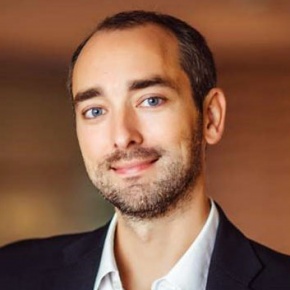 Born in Ljubljana in 1980, entrepreneur Marko Guček graduated from the Faculty of Economics (University of Ljubljana) in 2005 and later enrolled in MIB School of Management in Trieste (Italy), where he joined the international master’s program in Tourism & Leisure. With his master thesis, Six Sigma in hospitality industry, he graduated with honours.

Beside his involvement in research projects within several recognised academic institutions in the field of business, economies and tourism, he was aware of the crucial importance of experience. As a student, he worked in a small travel agency and later became the Quality control manager at Hotel Danieli in Venice. His more formative experience started when he became an Assistant to the CFO at the nautical company Seaway Group. From October 2006, he became the Managing Director and co-founder of many successful companies like Privata ltd., TM Travel ltf, TM Vista ltd., Socinet ltd.

Today Marko Guček is the driving force of GoOpti, a fast-growing European shuttle platform offering the most comfortable and convenient shuttle services to nearby airports and cities.  GoOpti presents an innovative business model of transport that works in a profitable way also on routes where regular passenger transport has not been successful.