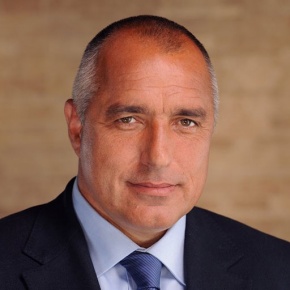 From 1985 to 1990 he was as lecturer at the Higher Institute for Police Officers’ Training and Scientific Research of the Ministry of Interior. He received a PhD for his dissertation thesis “Psycho-Physical Training of the Operational Staff”.

In 1990 Borissov left the system of the Ministry of Interior and a year later established the “IPON-1” company, one of the largest security companies in the country and a corporate member of the International Association of Personal Protection Agents (IAPPA). Boyko Borissov is an individual member of IAPPA.

Boyko Borissov has received a number of awards over his career. These include: the international Foundation Prize (Prix de la Fondation) of the Crans Montana Forum for his commitment and efforts in countering corruption and organized crime in Bulgaria (2010), an award by Europol for good cooperation with the Bulgarian Security Services (2010), the bronze “European Bull” award by the Taxpayers Association Europe (TAE) (2009), Order of the Star of Italian Solidarity (2006), a Baton of Honor by the Director General of the Spanish Police, a Medal for Comradeship-in-Arms by the Deputy Director of the Federal Security Service of Russia, the Medal of Honor of the French Police on behalf of the President of France and on behalf of the French Minister of Interior, Internal Security and  Local Liberties, the Cross of Police Merit with a red star (Cruz al Mérito Policial) by the Minister of Interior of the Kingdom of Spain for special merits to the Spanish Police, a prize for outstanding contribution to the promotion of tennis in Bulgaria by President of Tennis Europe Jacques Dupre (2012), Certificate of Appreciation from the Drug Enforcement Administration (DEA) with the US Department of Justice for outstanding contribution to countering drug-related crime, from the Ministry of Interior and the General Directorate of the Turkish National Police, from Europol Director Jurgen Storbeck, etc.

Borissov was elected for Prime Minster of the Republic of Bulgaria on 4 May 2017 by the 44th National Assembly.