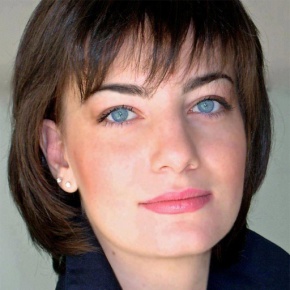 Member of the European Parliament

Lara Comi, was born on 18 February 1983 near Milan, Italy. She was first elected to the European Parliament in 2009 and is currently a member of the EPP leadership, in her capacity of Vice President of the European People's Group (EPP), where she holds responsibility for youth policy and relations with the Americas and China. Until January 2017, Ms Comi was also responsible for communications and outreach. The 2014-2019 legislature is her second mandate and she is currently one of the youngest Members of the European Parliament.

Ms Comi main policy areas of interest are the EU jobs and growth agenda with special focus on SME’s, European label and women’s economic empowerment and young people access to the labour market. Further to this Ms Comi has collaborated on the EP’s position on European defence Industry and defence procurement rules; last but not least Ms Comi has been active in policy areas related to agriculture and the promotion of the EU label of excellence.

As a member of IMCO, Ms Comi was appointed Rapporteur for the Report on European Standardisation and as Shadow Rapporteur for the Report on the Future of European Standardisation; the Report on Textile Names and Related Labelling of Textile Products and on Textile Fibres Names and Related Labelling and Marking of Fibre Composition of Textile Products and Repealing; and the Protection of Undisclosed Know-how and Business Information (trade secrets) Against Their Unlawful Acquisition, Use and Disclosure. Ms Comi also acted as Opinion Rapporteur on the revision of the General Product Safety Directive and Market Surveillance, as well as on the green paper entitled, “For Challenges to Opportunities: Towards a Common Strategic Framework for EU Research and Innovation Funding”. She was most recently appointed Rapporteur for the Internal Market Strategy and the Opinion on European Union Defence.