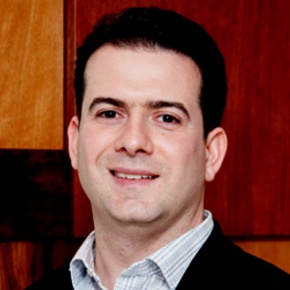 Founder of the Institute for Quantum Computing

Michele Mosca is a founder of the Institute for Quantum Computing (IQC) at the University of Waterloo, a Professor in the Department of Combinatorics & Optimization of the Faculty of Mathematics, and a founding member of Waterloo’s Perimeter Institute for Theoretical Physics. He is co-founder and Director of CryptoWorks21, a training program in quantum-safe cryptography. He also initiated the Quantum Cryptography Summer School for Young Scientists (QCSYS) at IQC.

He was a founder of the ETSI-IQC workshop series in Quantum-Safe Cryptography which brings together a broad range of stakeholders working toward globally standardized quantum-safe cryptography. He co-founded evolutionQ Inc. to provide services and products that enable organizations to evolve their quantum-vulnerable systems and practices to quantum-safe ones, and is the CEO and President. He also co-founded softwareQ Inc. which provides software tools for quantum computers and helps organizations take advantage of quantum computing resources.

He obtained his doctorate in Mathematics in 1999 from the University of Oxford on the topic of Quantum Computer Algorithms.His research interests include quantum computation, cryptographic tools designed to be safe against quantum technologies, and software tools for quantum information processing systems.