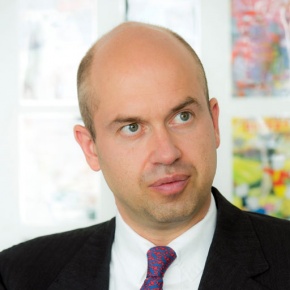 Stefan Piëch, born in Vienna 1970, graduated in film and media studies and business administration at the University of Stirling, Scotland and was awarded his PhD in 1999 by the Institute for Media and Communications Studies at the University of Klagenfurt, Austria. Additionally he completed the Young Managers Program at INSEAD in Fontainebleau, France in 1998.

1999-2005 founding member and CEO of OPENPICTURES AG, a film production and distribution in Munich, Germany.

Since 2006 CEO of Your Family Entertainment AG in Munich, Germany, who is producer and license distributor for high-quality programmes for children and the whole family and also owner of one of the largest broadcaster-independent programme libraries in Europe. Since 2007 Your Family Entertainment AG operates the award-winning Pay TV children's channel named "Fix&Foxi", since 2012 the free TV channel "RiC“ and also 20 mobile TV broadcasters on the Hutchison 3 TV platform.