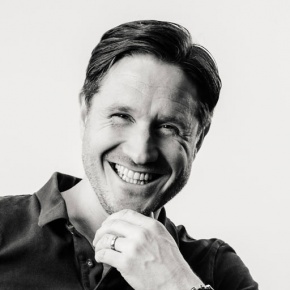 Matt is Founder and Chief Executive Officer at performance.io, focused on bringing healthcare solutions to as broad an audience as possible through new technologies. Having spent over a decade in Pharma working across a range of commercial sectors, before leaving to head up Digital operations at a mid-sized network agency globally. In 2015, he launched the industry’s first specialist SEO agency, Search Unlimited, before founding performance.io, another industry first, specialising in end-to-end online performance marketing in Pharma and Health Tech in 2017.

Passionate about mental wellness, he is a Board member at the PeaceLove Foundation, who help children and adults in prisons and schools throughout America, with neurodiversity challenges to express themselves through creativity. Matt also assumes the role of co-founder at Artmatr, a company originating out of the Media Lab at MIT, who are developing technologies that sit at the nexus of art, engineering and robotics and extrapolating their tech to help people with physical disabilities to engage with the arts. He has also recently been appointed as trustee of the Shafi Ahmed Foundation, whose goal is to use technology to train and teach medical skills to improve global access to safe surgery.