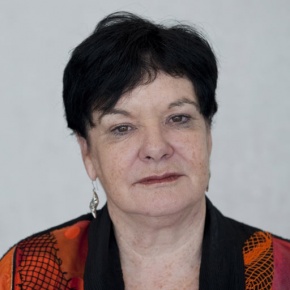 Sharan Burrow was re-elected for a second term as General Secretary of the International Trade Union Confederation at the ITUC World Congress in May 2014. Previously President of the Australian Council of Trade Unions (ACTU) from 2000 – 2010, Sharan led union negotiations on major economic reforms and in labour rights campaigns.

The ITUC is the world’s peak labour union body and has grown to represent 181 million workers in 162 countries and territories with 340 national affiliates.

Sharan is well known for her international advocacy on labour standards, corporate responsibility, climate change, investment in infrastructure and the green economy, investment in the care economy, women, equality and diversity, global migration and employment.

She has represented workers and civil society groups in global policy discussions in United Nations bodies, including ECOSOC , on the Governing Body of the International Labour Organisation as well as at the G20, World Bank and International Monetary Fund.

The ITUC is a supporter of the UN Principles for Responsible Investment (UN PRI). Under Sharan's leadership the ITUC's Workers’ Capital Committee has been strengthened. More than US$ 13 trillion of retirement funds are under joint trustee management and the ITUC and its affiliates are active in both trustee education, corporate governance and shareholder activism.