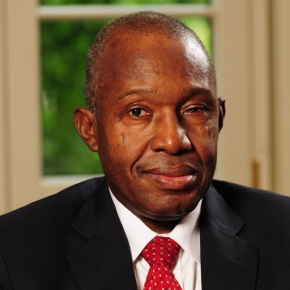 Yonov Frederick Agah was appointed as Nigeria’s Ambassador to the WTO in 2005. In that capacity, he served as the Alternate Chief Negotiator for the Doha Round and Head of Nigeria's Trade Office to the WTO in the Permanent Mission of Nigeria to the United Nations Office in Geneva. The Trade Office is responsible for Nigeria’s participation in Geneva-based trade-related international organizations, particularly the UN Conference on Trade and Development, the World Intellectual Property Organisation, the International Trade Centre and the WTO.

Mr Agah holds a Bachelor of Science and Master of Science in Economics from Ahmadu Bello University, Zaria, Nigeria. He obtained a Master of Business Administration and Doctor of Philosophy in Economics (International Trade) from the University of Jos, Nigeria, in 1989 and 2007 respectively. His doctoral dissertation was on “Trade Policy Reform and Economic Growth in Nigeria Since 1986”. Mr Agah also obtained a Bachelor of Laws from the University of Abuja, Nigeria, in 2009. He has contributed to various books and journals.