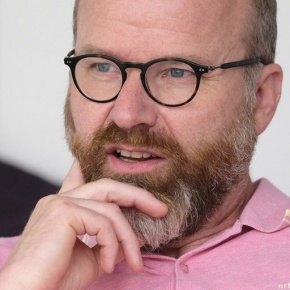 Patrick van der Smagt is director of the open-source Volkswagen Group AI Research Lab in Munich,focussing on probabilistic deep learning for time series modelling, as well as deep learning forrobotics. He previously directed a lab as professor for machine learning and biomimetic robotics at theTechnical University of Munich, and was the head of bionics at the DLR Oberpfaffenhofen. Besidespublishing numerous papers and patents on machine learning, robotics, and motor control, he has wonvarious awards, including the 2013 Helmholtz-Association Erwin Schrödinger Award, the 2014 King-SunFu Memorial Award, and the 2013 Harvard Medical School/MGH Martin Research Prize. He is foundingchairman of a non-for-profit organisation for Assistive Robotics for tetraplegics and co-founder ofvarious companies.