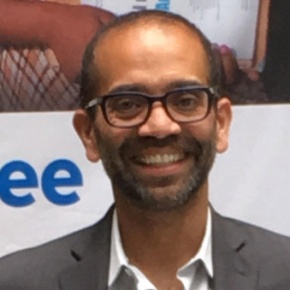 Ashish Gadnis is the Co-Founder / CEO of the award winning blockchain application BanQu. BanQu is the first ever blockchain Economic Identity platform (patent pending) and network that creates long-term economic resilience / independence for refugees and people living in extreme poverty across the globe. He is also currently, a senior strategic advisor to multiple global organizations on the Sustainable Development Goals 2030 agenda.

Prior to his current engagements, Mr. Gadnis was the founder and CEO of multiple technology startups, the last one of which was acquired by a $1.5 billion global consulting firm in 2012.

Ashish has a Bachelor’s degree in Systems Engineering from Bombay University, MBA in Finance and Marketing from the Carlson School and Executive Education in Global Leadership and Public Policy from Harvard Kennedy School.