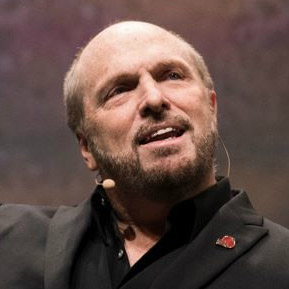 Rick Tumlinson co-founded SpaceFund, the world's first tokenized space venture capital fund. Called one of the world’s top space “visionaries” he is credited with helping create the commercial "NewSpace" industry of Elon Musk and Jeff Bezos. He helped start the first mission to find water on the Moon, led the private takeover of the Russian Mir space station, signed the first space tourist, and was a founding board member of the X-Prize. As a result of his world changing work, in 2015 he won the World Technology Award. Considered one of the best speakers in the space field, he is also a writer, policy expert and Congressional witness.

Rick came from the working-class family of a US Air Force Sargent and English mother known for her work with the elderly and poor. His ancestors helped found Texas, including the Texas Rangers and fighters in the Texas revolution and the Alamo. This pioneering background, and reading lots of science and science fiction, led him to found the New York City L-5 Space Society. He then worked for Dr. Gerard K. O'Neill, the godfather of the human space settlement movement, at the Space Studies Institute at Princeton.

Rick also co-founded the Space Frontier Foundation, the first space organization to take on the "aerospace industrial complex" in Washington DC and actively advocated for space settlement and commercial space policies - including those now enabling the private sector takeover of the opening of the frontier. His EarthLight Foundation and New Worlds Institute are developing the people and technology to settle the frontier. He throws the annual Space Cowboy Ball costume party in Austin, Texas - a great party celebrating space education and the heroes of space fiction and reality.