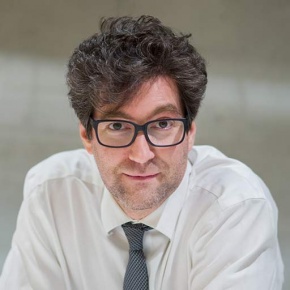 
Benjamin Sutherland writes for The Economist. A defense specialist, he focuses on how advances in military and spycraft technologies are reshaping security landscapes. He edited “Modern Warfare, Intelligence and Deterrence,” an Economist book on weaponry and conflict that was published in five editions, including a Chinese translation by Xinhua, China’s state media giant. Sutherland also wrote a chapter on the future of warfare for the 2017 Economist book “Megatech: Technology in 2050.” He provides comments on Economist podcasts.

In addition to journalism, Sutherland teaches, part time, geopolitics to graduate and undergraduate students at a handful of universities. These include the Università Ca’ Foscari Venezia’s H-Farm College near Venice and HEC-Paris, a grande école named by QS World University Rankings as the world’s number-one masters program for management. His courses cast light on how business-driven globalization is helping some societies move beyond bloody ethnic, ideological, and religious passions, while in other areas the rapid change it ushers in triggers destabilizing backlashes.

Germany’s foreign ministry hired Sutherland to moderate a panel on technological avenues for arms control. He has also taught occasional workshops for MBA, masters, and undergrad students at Sciences Po in Paris, Scuola Holden in Turin, and Antioch University in Santa Barbara, California. Earlier in his career, Sutherland wrote for Newsweek. Before that, as a senior editor and head of research at COLORS magazine, he led a team of five staff journalists and roughly 40 foreign correspondents worldwide. Fluent in French and Italian, and proficient in Spanish, Sutherland studied political sociology at the University of California at Santa Barbara, his hometown.