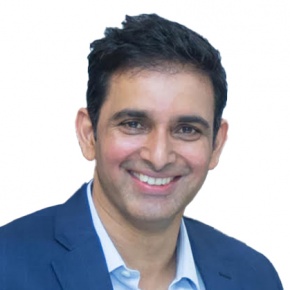 Sridhar is the Founder and CEO of Quantela, a new-age digital technology solutions company that is awarded as a Technology Pioneer 2019 by World Economic Forum. Quantela, is a leader in Smart urban infrastructure automation that has developed a Purpose Built Urban Infrastructure Platform.

A Harvard Business School graduate and with his dynamic leadership, Sridhar has built clientele & strategic partnership with many Fortune 500 companies. An innovator by virtue, he has invested in and is an advisor to multiple successful Start-Ups in the space of Digital, Data centers, Blockchain, AI and Internet of Things. Sridhar is also a part of the Board of Directors and Advisors in several other esteemed organizations.

Sridhar has been awarded as the ‘Smart City Leader of the Year, 2019” by Economic Times and ‘Smart City Person of the Year 2019" from Business World. Not just this, he has been quoted in a number of Business