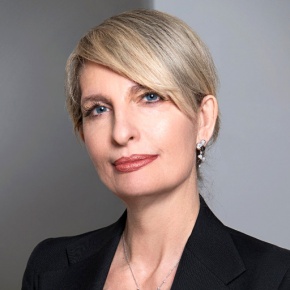 From 2001 to 2007, she lead the Ferrari Licensing Department, until her appointment on May 2007 as Commercial Director of FC INTERNAZIONALE SPA, the Italian football club founded in 1908 and commonly known as "Inter" for short.

From December 2008, she worked as Italy Country Director for National Basketball Association (NBA).