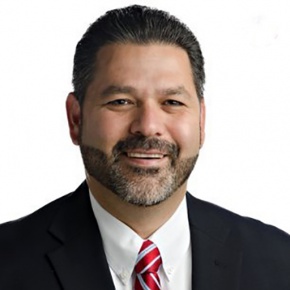 
Teo Tijerina has a career trajectory that spans capital formation, regional economic development, high-tech entrepreneurship and community development. He is an innovator and founder of both for-profit and non-profit ventures in the fields of impact investing and social entrepreneurship.

Prior to initiating his entrepreneurship endeavors, Teo held various technical and managerial Dow Chemicals, Conexant, and then Dell. In 2004, Teo co-founded his first company, Innovei International in El Paso, Texas.

From 2013-2015, Teo served as Director of Social Enterprises for Southwest Key Programs. In this role, Teo had P&L responsibility and strategic oversight for SW Key’s social enterprises. Most recently, Teo partnered with Mexican entrepreneurs to launch Onko Solutions. In mid 2019, Teo assumed the role of CEO for Onko Solutions. Onko has successfully raised two rounds of institutional capital and has been operating in Mexico, but has plans for expansion into USA, Europe, and South America in the coming years.

In addition to his private sector experience, Teo also served as a Board Member of Latinitas and the Economic Growth Business Incubator, and as a Mentor for Unlimited USA accelerator. In 2014, he was appointed to the Austin Hispanic Quality of Life Commission. He was voted into El Paso Times 52 under 40 and was a finalist for Austin’s 40 under 40.

Teo received a Bachelor of Science degree in Chemical Engineering from Stanford University, and he was also a graduate student in the Master of Arts in Interdisciplinary Studies (MAIS) program at the University of Texas El Paso from 2002-2004. He graduated from McAllen High School in 1991. Teo was born in Reynosa, Tamaulipas Mexico, and was raised in McAllen, TX. He maintains citizenship status in both the United States and México.