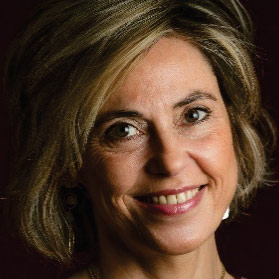 Lorena Boix Alonso is Acting Director for Policy Strategy and Outreach and Head of Unit for Policy Implementation and Planning, Directorate General for Communications Networks Content and Technology, at the European Commission. Formerly, she was Deputy Head of Cabinet of Vice President Neelie Kroes, European Commissioner for the Digital Agenda.

During Ms Kroes' mandate as Commissioner for Competition, Lorena Boix Alonso commenced in October 2004 as a member of her cabinet and became Deputy Head of Cabinet in May 2008.

She joined the European Commission Directorate-General for Competition in 2003. Prior to that, she has worked for Judge Rafael García Valdecasas, at the European Court of Justice, as well as Deputy Director and Legal Coordinator of the IPR-Helpdesk Project and in private practice in Brussels.