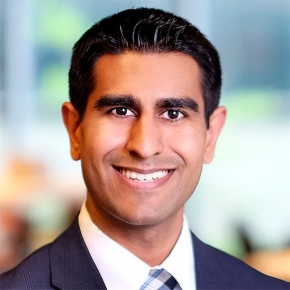 Aly Madhavji 穆亚霖 is the Managing Partner at Blockchain Founders Fund which invests in and venture builds top-tier start-ups and consults companies and governmental organizations on emerging technologies. He is a Limited Partner on Loyal VC and a Co-Founder and the Former CEO of a digital currency exchange. Aly is a Senior Blockchain Fellow at INSEAD and was recognized as a “Blockchain 100” Global Leader by Lattice80. He has served on various blockchain advisory roles including Polymath and traditional advisory boards including the University of Toronto’s Governing Council. He currently consults organizations on emerging technologies such as INSEAD and the United Nations (UN) on solutions to help alleviate poverty, support business ecosystems, increase financial inclusion, and improve society at large to help achieve the UN Sustainable Development Goals. He is an internationally acclaimed author, publishing three books, including the awardwinning book titled, “Your Guide to Succeed in University”, as part of the Succeed Series and a monthly columnist for the leading blockchain magazine. He is a mentor with Chinaccelerator, an elite accelerator program operated by the venture fund SOSV with $500M+ AUM and the Mobile Only erator (MOX) which helps the best mobile startups acquire users in Southeast Asia, India, Eastern Europe and South America via its smartphone platform with 167 million users. Aly was previously a Consultant focused on corporate turnarounds and worked on strategy for PayPal and NSEAD. He has lived and worked across 4 continents (North/South America, Europe, and Asia) with PwC, PayPal, Microsoft, Bloomberg, and INSEAD. He also holds the Chartered Professional Accountant, Chartered Accountant, Certified Management Accountant, and Chartered Investment Manager designations.

Aly holds a Master of Global Affairs as a Schwarzman Scholar from Tsinghua University (清华大学), a Master of Business Administration from INSEAD (Singapore and France), and a Bachelor of Commerce with Distinction from the University of Toronto.