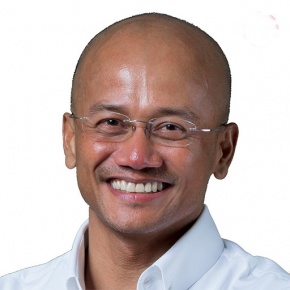 Azran is currently the founding CEO of Naluri, a new digital health technology company that helps its users manage chronic disease risks through behavioural and psychological coaching and digital tools to make it accessible and affordable. He is currently active in the internet technology space as a co-founder, investor and advisor to iflix, MoneyMatch, Cognifyx, Adventoro and YellowPorter. He chronicles his lessons learned from all of this business building experiences in his book, 30 Days and 30 Years. Azran is a professional speaker and rated as London Speaker Bureau’s most booked speaker for 2017 and 2018, sharing his hands-on experiences with disruptive innovation, challenging the status quo, corporate entrepreneurship and agility. He is also Endeavor Malaysia’s 2017 Mentor of the Year. He was previously the CEO of iflix in Malaysia and its Group COO – a disruptive internet television video-on-demand service that was launched in Kuala Lumpur in May 2015, and now operates across over 30 markets across Asia, Middle East and Africa with 700 employees less than three years from launch. Previously he was the founding CEO of AirAsia X, the world’s pioneer low-cost long-haul airline. He led the start-up team that developed the business plan, raised capital, secured relevant licenses, and launched AirAsia X’s first flight in November 2007. AirAsia X since expanded from one aircraft to 26, employing over 2,500 staff, and approximately US$1 billion in annual revenue in 2014. In July 2013, AirAsia X became a public-listed company, the first ever long-haul LCC airline to do so. Prior to AirAsia X, Azran was formerly the Senior Director of Business Development for Astro All Asia Networks plc, where he led the start-up and business building of Astro’s media, creative content, and technology investments and joint ventures across Southeast Asia, India and Greater China. Azran was formerly an Associate Partner of McKinsey & Company, with its Asia Pacific Corporate Finance & Strategy Practice, and with the management consulting firm of Booz Allen & Hamilton. In addition to pursuing his own entrepreneurial passions, he currently is a Non-Executive Director of Apex Investment Services in Malaysia and held past Board positions with PT XL Axiata in Indonesia and Tourism Malaysia. He also Chaired the Advisory Board for the Asia Business Centre, Curtin Business School in Australia. He advises start-ups and highgrowth businesses through Endeavor Malaysia and LeanIn. He holds a Masters degree in Management Science & Engineering and a Bachelors degree in Electrical Engineering, both from Stanford University. He is a Fellow of CPA Australia. He is 47 years young, an Ironman triathlete, a competitive ultimate frisbee player, and an adventure traveler.