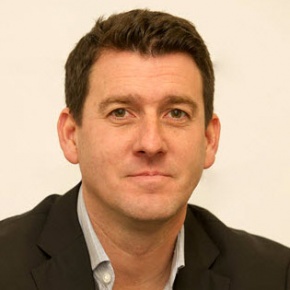 When Norm Johnston began his marketing career in 1995 it was, in his words, the “once-in-a-lifetime opportunity to create true innovation in marketing via the internet”. After starting at Modem Media, he transferred to the UK in 1997 to launch Modem’s UK operation, assuming the role of President in 2004 where he oversaw the company’s merger with Digitas. He then joined Mindshare as CEO of Mindshare Interaction, before taking over as Mindshare’s Global Chief Digital Officer and CEO Mindshare FAST (Future Adaptive Specialist Team). His tenure at Mindshare was marked by multiple wins of WPP’s esteemed Atticus Awards.

In April 2018, Norm succeeded Sarah Wood as Global CEO of Unruly. In this role he leads the global community of Unrulies in their mission to clean up digital marketing and help advertisers engage global audiences on brand-safe, premium sites.

Norm is passionate about the role an inclusive culture can play in adtech, and is interested in how the industry can collectively tackle issues such as digital extremism, consumer trust and industry transparency.

When it comes to talking about all things digital, Norm’s no-nonsense attitude (an Ohio trademark) is in high demand. His expertise has been featured by the BBC, MSNBC, Sky News, The Economist, the Financial Times, the Wall St. Journal, the New York Times and all major trade publications. His first book, ‘Adaptive Marketing’, was published by Palgrave MacMillan in 2015.

He lives in London with his wife and family. In his spare time he tries to improve his Flemish.