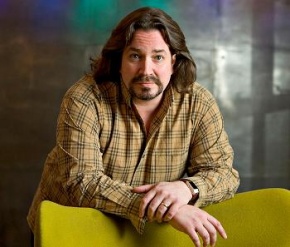 Following the recent $100 Allianz win in which he was instrumental, Jon has been elevated to the post of Chief Digital Officer for Grey EMEA to lead that business globally. He began his career in traditional advertising, and then spent nine years exploring digital, before coming back above the line to take the post of Chief Creative Officer of Grey London. That experience makes him unique in the U.K. Previously he worked at Beattie McGuinness Bungay where he held the position of Head of Digital, before that he was Creative Director/Joint Managing Partner at Harrison Troughton Wunderman and Interactive chief at Publicis.

He has worked above, below, through the line and online on brands as diverse as Honda, Toshiba, Carling, adidas, Hewlett Packard, X-box, Microsoft, Land Rover, the DePaul Trust, Renault and the British Heart Foundation.

His work has travelled globally, and has won over 100 international awards for both creativity and effectiveness, including Cannes Lions (of which four are gold, three silver), D&AD, Creative Circle, BTAA, the Art Directors Club of New York, and a number of Grand Prix’s including the DMA, Precision Marketing and IMAA.

Creatively, he developed the first genuinely interactive TV ad ever broadcast, the first MPU in Europe, the first use of near-field mobile enabled posters in a national campaign, and the iPint, the world’s first native branded application for the iPhone, more popular on the App Store than FaceBook it has been downloaded more than six million times.