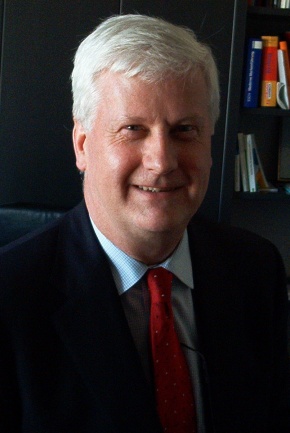 Dominic Lyle is the Director-General of EACA, the European Association of Communications Agencies, which represents the interests of commercial communications agencies in Europe. He was appointed to EACA in May 2002, having previously spent 25 years in the communications business.

Dominic studied International Law at Lausanne University, Switzerland and worked as European Sales & Marketing Manager for a UK food manufacturer based in Frankfurt before moving to London to handle business-to-business PR campaigns for UK companies and industry associations.

In 1994 he moved to Brussels to set up a PR company for Omnicom’s global PR Group Porter Novelli, handling international clients such as Ericsson, BT Europe, WorldCom, HP, GE Plastics, The European Space Agency and Iomega. From 2000 – 2002, he was Chairman of Porter Novelli’s European technology practice, based in Paris.

Since joining EACA, he has co-ordinated major initiatives for the European agencies in areas such as Sustainable Development, Corporate Social Responsibility, obesity, alcoholic beverages, advertising to children, self-regulation and effective advertising awards. In 2007, EACA created the European Foundation for Commercial Communications Education to promote excellence in commercial communications education and research and to further exchanges between the European commercial communications sector and academic partners. Also in 2007, EACA created its own ACT Responsible website, showcasing hundreds of examples of social marketing campaigns. In 2008, EACA launched the Care Awards for European Social Marketing Campaigns, recognizing excellence in promoting care for people, resources and the environment and judged by a panel of Members of the European Parliament. In 2009 EACA created the International School of Advertising and Communications.

Dominic is a regular speaker at industry events such as National Advertising Festivals, or International Awards, including the Golden Rose of Montreux, Golden Drum and the Rainbow Marble. EACA organises the annual Euro Effies Awards for effective advertising.