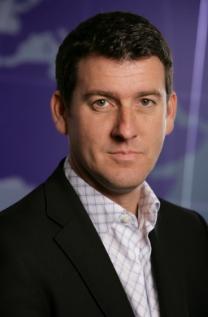 Norm has been involved in interactive marketing since graduating from Chicago’s Northwestern University in 1988. Following this Norm was a consultant at Accenture, where he led a team that developed one of the earliest interactive shopping destinations for a large US retail client.

After completing his MBA from Duke University in 1995, Norm joined the country's first digital agency, Modem Media, which revolutionized the advertising industry by placing the first banner ad on the internet.

In 1997, Norm moved to London to open Modem's first international office. During his stewardship of Modem London, the agency established itself as a long-term leader in the UK digital agency scene, becoming known for nurturing some of the country's best digital talent, being consistently placed at the top of the digital league tables, and winning numerous international interactive awards on behalf of clients such as Unilever, General Motors, and Citibank. Modem UK was responsible for the country's first rich media ad and viral campaign, and its innovative work led the London office in 2006 to being named as one of the world's top 10 most awarded digital agencies and the winner of the title in the UK.

Norm joined Mindshare in 2007 to lead its digital operations in Europe, and has recently assumed a broader global responsibility for digital services as well as a position on the company's global executive board.

Norm is a vocal evangelist of the digital industry and is a frequent speaker at interactive conferences, including the most recent IAB Europe regional conference in Berlin.