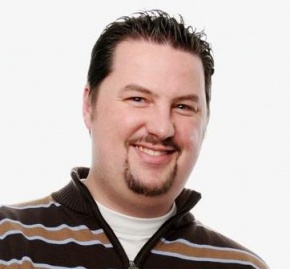 Webit Speaker, European Editor of The Next Web

Robin is the  European Editor of The Next Web and editor of Virtualization.com. He used to write for TechCrunch.

Aside from his professional blogging activities, he is an event organizer, occasional board adviser and angel investor but most importantly an allround startup champion.

He lives and works in Belgium & can often be found working from home or from the Brussels-based BetaGroup Coworking Space.

Starting out as Internet marketing manager for a hosting and domain name registration services company called Hostbasket (bought by Belgian ISP Telenet), he’d worked in the online media industry for many years, including gigs as online media manager for Datanews / VNUnet (bought by Roularta).

He was one of the cofounders of social media agency Talking Heads until its acquisition by Netlash in 2010. He is also a shareholder in a tech startup called Oxynade.

In 2007, he started Plugg, a now defunct conference in Brussels aimed to raise awareness for Europe’s most promising Web / Mobile startups. He also organizes the OpenCoffee Club Brussels meetups and mentor fledgling companies through the Founder Institute and Seedcamp.