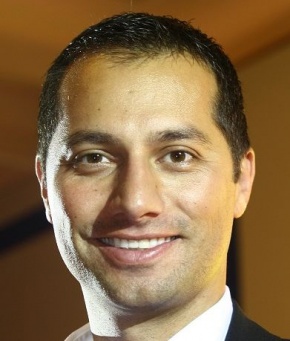 Born in 1972, Mustafa Icil graduated from Istanbul American Robert College and completed his Bachelor’s Degree in Bosphorus University Computer Engineering Department. He then got his Master’s Degree from the same university and department.

Till he graduated, Mustafa Icil worked part time in several different technology companies. Between 1994-1995, he worked in Microsoft’s Chicago office as IT Administrator. He then moved back to Istanbul accepting the Systems Engineer role in Microsoft Turkey. In 1998 onwards, he was the Windows Product Marketing Manager. In parallel to this role, he also worked on Microsoft’s strategies on emerging countries and lead the project team working on increasing the PC penetration in Turkey.

In 2005, he transferred to Apple IMC as the Marketing Manager and for 2 years set and executed the marketing strategies for Apple and Adobe in Turkey.

Mustafa Icil was chosen as one of the best marketing managers by the Capital magazine in 2006 and in 2007, he moved to Google as the Country Marketing Manager for Turkey later also taking on top the responsibility of marketing for Greece. In 2010, he became the Regional Marketing Manager for Google Turkey, Middle East and Sub Saharan Africa,

As the Google Regional Marketing Manager, he is responsible for brand management, product and market strategies, channel programs, SMB sales activities, strategic partnerships and broader projects to richen internet usage in these countries. In addition, he is the global marketing lead in the Emerging Markets Council which is a task group setting the expansion strategies of Google to emerging markets.

In parallel to his professional life, Mustafa Icil attends as a speaker to conferences, seminars and workshops presenting on brand management, strategic planning, marketing trends and Internet technologies.