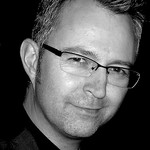 Mike Butcher is Editor At Large of TechCrunch, the biggest breaking news site about the world’s hottest tech companies. Mike has been named one of the most influential people in technology in surveys by The Daily Telegraph, GfK NOP, The Independent, Wired and The Evening Standard. He is a regular commentator on the tech business, appearing on the BBC, Sky News, and Channel 4, among others. Mike is also co-founder of TechHub, the co-working network for startups, and founder of the Coalition for a Digital Economy. He is on the Mayor of London’s ‘Smart London’ Board.