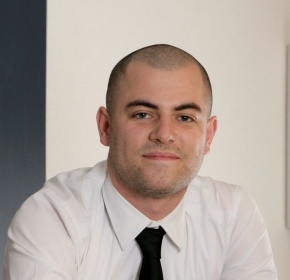 Matthias Scheffelmeier is the country director for Ashoka in Turkey and the coordinator of Ashoka’s expansion plans eastwards.
He also is the co-founder of the Berlin based tech startup ‘pocketvillage’, a meta-search engine and mobile app to find & book extraordinary travel activities.
Prior to joining Ashoka he was the Corporate Social Responsibility Programs Coordinator for Microsoft in the Middle East & Africa.

Before taking on the role as Ashoka Turkey director Matthias‘ responsibilities at Ashoka included the roll-out of a nation-wide project improving the conditions for civic engagement in Germany the lead of a think&do tank of young German changemakers and the support of Ashoka's search for leading social entrepreneurs.

He received his degree in communication science at the University of Hohenheim and throughout his studies he was active in the student network for business ethics (SNEEP) and the international student organization AIESEC. Additionally, Matthias held several national and international positions including the Local Committee President of AIESEC in Stuttgart, Germany. Before joining Ashoka in 2009 he helped to establish the European Hostel Cooperation in Paris, founded his own initiative empowering youth to become active in their local communities and worked as a freelancing online communication consultant in several communication agencies. During this time, Matthias also developed and co-founded two internet startups feedili.com (a web-usability testing site using a crowdsourcing approach) and pocketvillage.com.

Matthias is fluent in German, English, and French and speaks functional Spanish and Turkish. He currently lives in Istanbul, Turkey.