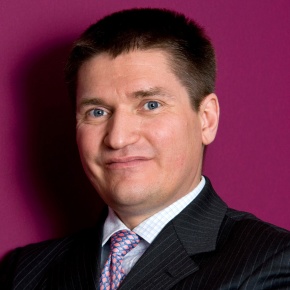 Marcin Tomasz Hejka is a vice president at Intel Capital and managing director for Eastern Europe, Middle East and Africa (EMEA) at Intel Corporation. He is responsible for leading Intel Capital's investment activity in the region, which also encompasses Russia.

Before joining Intel, Hejka had spent 5 years as vice president of the Poland Growth Fund, where he was responsible for deal sourcing and execution of the fund. Earlier in his career, he served as vice president and head of corporate finance at Hejka Michna Ltd.; as resident Polish specialist at Banexi/Banque Nationale de Paris; and as a financial analyst at Paribas Capital Markets Group. He has also spent 6 years as vice president of the Polish Venture Capital and Private Equity Association, the largest investors' association in emerging EMEA.

Hejka earned his master's degree in economics from Gdansk University in Poland. He represents Intel on the board of directors of Ozon, a leading Russian e-commerce company, and is a former board member at iMall.eu, a central Eastern European online retailer. Previously, Hejka served on the boards of Kredyt Bank and Bank Komunalny, two Polish banks listed on the Warsaw Stock Exchange, and Agora, a leading Polish media company.