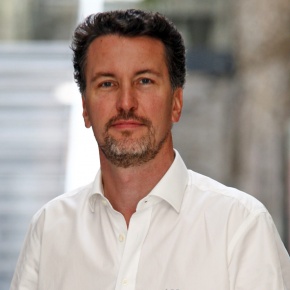 After getting his Masters in History from Cambridge University, he started his career at JWT London when it was the no 1 ranked UK agency. He became the agency's youngest account director after 2 years. Lawrence moved to management role at JWT Istanbul after % years and was responsible for Planning, Media and all international accounts. Moving to Italy he became Worldwide Account Director for Unilever's Ice Cream category for Lowe Worldwide, where he led the launch of the first Magnum line extensions and the long-term extension of the brand into the chocolate market.

After roles at WPP’s Red Cell hotshop and in consultancy, in 2004 he returned to his favourite city joining Medina Turgul DDB with responsibilities for international clients, network relations and new business. Very involved in establishing Tribal DDB Istanbul and promoting its services internationally. He personally won 8 Effies including 3 Golds to help the agency team become the leading winner of Effies in Turkey and the top European agency in 2011. At different times over the last six years he was worked closely with brands including TEB, Algida, Knorr, VW, Pegasus, Lipton Ice Tea, Kariyer.net, Asics, Persil, Ulker, Yedigun and Doritos.