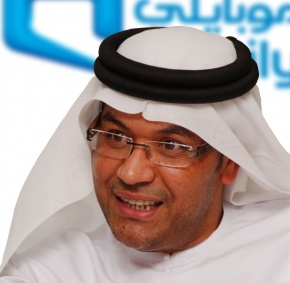 Khalid Omar Al Kaf was appointed chief executive officer and managing director of Etihad Etisalat (Mobily) in July 2005, after spending a little over 12 months as startup project manager, when the company was awarded the Kingdom of Saudi Arabia’s second GSM license and first Saudi 3G mobile license for SAR 12.96 billion.

In 1987, he moved on to operations with Etisalat as a project engineer for switching development in the Operations and Maintenance division.
Al Kaf’s career path developed and as general manager of Etisalat’s Network Services division, he played a definitive role in building a state-of-the-art third generation mobile network in the United Arab Emirates.

Al Kaf has been featured as a keynote speaker at a multitude of GSM conferences in Europe, the Far East, the Arab world. He is a member of the International Roaming Expert Group.

Among recent awards Al Kaf has been recognized with is the Dale Carnegie Leadership award in March 2009. Al Arabiya, the leading Arabic-language television news station, rated Al Kaf as one of the Top 10 successful CEOs in the Kingdom.