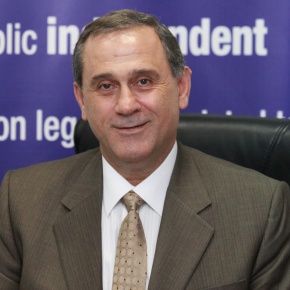 Dr. Hoballah currently serves as the Chairman of the ITU CCV Committee and as Vice Chairman of the Arab Spectrum Management Group (ASMG) and, has been actively involved in the group’s work to coordinate issues related to Spectrum Management, World Radiocommunication Conferences and other matters concerning coordination between Arab States and other regions in the spectrum management field.

Dr. Imad Hoballah assumed the Arab Regulators Network (AREGNET) presidency between July 2011 and April 2012 and committed to work towards developing the sector by strengthening the capacity of local Authorities, enhancing their proactive interaction, and deepening the cooperation and exchange of experiences among all Arab organizations.

In December 2011, Dr. Hoballah was elected as Vice President of the executive committee of the “Arab Infrastructure Regulatory Forum (AIRF)”.

In 2012, Dr. Hoballah was appointed as the Chairman on Lebanon’s Governmental Commission on Transition to Digital TV, and Lebanon’s Representative to the ITU.