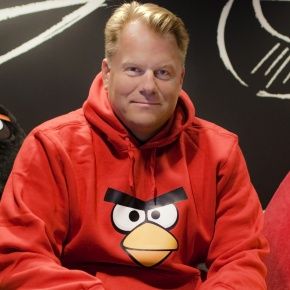 Harri Koponen is currently the COO of Rovio, the creator of the global video game sensation Angry Birds. He started at Rovio as its Director of Sales. Mr. Koponen was the Swedish Tele2's CEO in 2008-2010; and, from 2004-2008, he served as the Managing Director of Kuwait Wataniya Telecom. He served as Sonera's CEO from August 2001 to April 2003, and after the merger of TeliaSonera, he was its Executive Vice President until June 2004.

Before Sonera, from 1994 he worked for Ericsson and prior to his departure was its North and Central American Mobile Division Director. He has also held positions for such international companies as: Hewlett-Packard and Shell. Additionally, Mr. Koponen served as the Chairman of The Board of Tecnotree and is a Member of the Board of Stonesoft Corporation and AinaCom Corporation.

Mr. Koponen has a degree in business administration and completed the Executive MBA program, and has an honorary degree in economics from the University of Jyvaskyla.