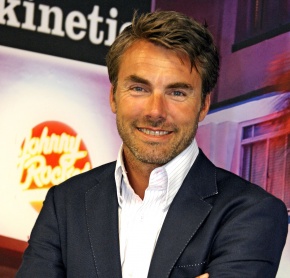 Dennis’s career spans more than 20 years in media.  He worked 12 years at MEC (Amsterdam) as client service director/partner. In November 2003 he co-founded Librium.TV. Librium.tv, which has been rebranded to Centralstation last year, is the market leader in the field of Digital Out Of Home Media (DOOH) in The Netherlands. Librium.tv has installed it’s Digital out of Home network in all McDonald’s restaurants, public transport (Subway, Busses, Trams, Trains) and Shopping malls). In 2005, Telegraaf Media Groep, one of the largest Dutch media groups, acquired a 40% stake in Librium.tv, which they increased end 2007 to 84%. In June 2009 Librium.tv was acquired by BST Company.

In 2004 he also co-founded Model Connexxion. Model Connexxion is co-founder and co-producer of the largest Model Search Competition of The Netherlands; Holland’s Next Topmodel. End of 2009 Kuperus joined Kinetic as CEO Kinetic Netherlands and Director Team Digital EMEA and is responsible for further developing Kinetic’s position in The Netherlands and to promote the company’s digital strategy across the EMEA region. Kinetic currently manages around €2 billion of Out of Home media billings across 14 EMEA offices.