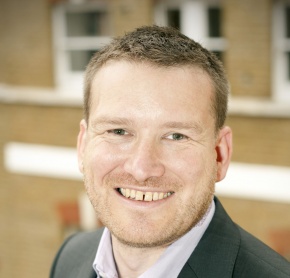 David Rose is CEO and Co-Founder of We R Interactive, the social games developer and publisher for sport and music.

Since launching in 2010, the company has quickly made a name for itself as an innovator in the booming social gaming space. Its first game I AM PLAYR, which lets you live the life of a professional footballer on and off the pitch has picked up numerous plaudits since its official launch in October 2011. These include a BAFTA Video Game Award nomination for ‘best online browser game’ and a Gold Cannes Lions Award for ‘best use or integration into gaming’ in Branded Content and Entertainment.

Rose has been at the forefront of IP creation in the games industry since first setting out to pursue his passion in the early nineties.

After graduating in Electronic Engineering from The University of Southampton, he joined Sony’s Advanced Technology Group initially as a Research Programmer - prior to the emergence of a small grey box called "PlayStation".

Whilst at Sony he headed the technical team responsible for the number one launch title ‘wipEout’, and as Head Programmer and Studio Manager created many of the early games on the platform.

Subsequently he served as Development Director for Eidos PLC which saw him responsible for the development of many original titles such as Hitman, Timesplitters, Championship Manager and Commandos; as well as licensing works including Lego Star Wars and Who Wants to be a Millionaire.

Following the studio’s acquisition he held the role of Chairman at leading European developer IO Interactive A/S, and during his retail career produced games generating over $2bn of revenue.

Since 2005 he has specialised in delivering new game experiences through digital channels. Co-founding Emote Games in 2006 he worked again with Sony on their Home Virtual World and published the online title ‘The Hunter’.

Rose has held advisory positions for many leading European Studios.

Convergence - Leave pre-conceptions at the door

Find out why convergence is no longer a dirty word defined by device, but a disruptive force to enable collaborative business. David will share his learnings on bringing together skills from across the creative industries to challenge established business models.

In this session David will also outline how putting mobile at the heart of your content strategy creates value, with a user centred experience optimising reach, monetisation and loyalty to benefit all partners.