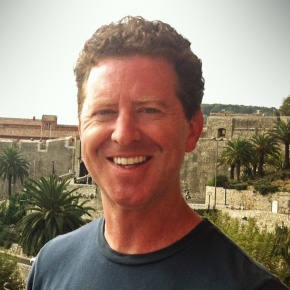 Clark Mathis has been a filmmaker for over 20 years, starting his professional career as an editor for ABC News at the age of 17.  As a cinematographer, he is a two-time A.S.C. Award nominee (2003 for his work on Birds of Prey and 2005 for Medical Investigation) and has photographed both studio (blockbusters Rocky Balboa and Norbit) and independent films (Happy Endings, Edge of America).  Also, Mathis has the unique distinction of having 10 television pilots he has photographed go on to series.  He is a member of the ASC, and is on the Executive Board for the Academy of Motion Pictures (cinematography) where he both votes on the Oscars and selects new membership and rule changes.

As a Director, Clark has directed the television Pilot for action/comedy Supah Ninjas, now finishing its 2nd season. He has also directed episodes of NBC’s hit show, dark thriller GRIMM and episodes of Emmy-nominated series for the likes of HBO and Lionsgate, and national commercials & title sequences for Samsung, FearNet, Spike and A&E.

Clark is currently Executive Producer for teen web-thriller RUNAWAYS, which has just wrapped its second season of production and can be seen on top YouTube channel AwesomenessTV.