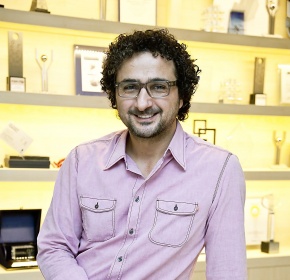 Having spent 19 years in the mobile industry since the commercial launch of GSM, Arda plays a key role as an evangelist for Mobile Marketing in Turkey, East Europe, Middle East and C.I.S countries. Still more than 25 million subscribers (a.k.a. ”members”) are enjoying 7 different segmented mobile community programs that he launched for 6 GSM operators. He’s also been mounting many interactive projects for global brands such as Unilever, RIM, Carrefour, Nike, P&G and Kraft Foods as the co-founder and VP of Marketing at Mobilera since 2001. Mobilera today is one of the leading interactive services provider with headquarters in the Netherlands and offices in Turkey, Portugal,(Mobilera Iberia), U.A.E.(Mobilera Middle East), Jordan, Egypt, Tanzania and Ivory Coast with around 150 employees.

Arda also initiated a mobile advertising spin-off company “BOOM” under Mobilera’s umbrella in 2007, which is currently a cross channel digital media company aiming to help on/off portal publishers to mobilize, ad-enable and monetize their assets & inventories to its maximum. On the other hand, he played a significant role in establishment of a digital out-of-home spin-off of Mobilera named “Outeractive Media”, whose main objective is to grow Mobilera’s digital outdoor marketing services for local and global brands in and outside Turkey. In addition to his approaches to global market, Mobilera Middle East was recently established in Dubai in order to grow Mobilera’s community marketing services for telecom operators in the Middle Eastern and African countries.

Arda is an elected member of Board of Directors / MMA EMEA and has been serving the organization for five consecutive years (2007-2012) trying his best in order to elevate mobile marketing industry to where it really deserves.  He also served the EMEA Board as Vice-Chairman in 2010 after he made a significant contribution for the official launch of MMA Turkey in November 2009. He has also played a key role in initiating MMA Middle East in 2011 and MMA appointed him as the Vice Chairman of this council in 2012. He still attends many Mobile Marketing Forums and other related industry events in Europe as a keynote speaker and/or panelist, in order to spread the word.