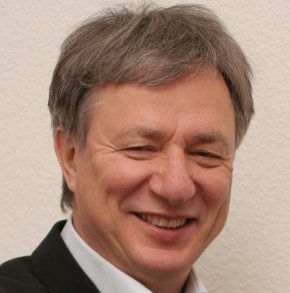 Alexander Galitsky is a Managing Partner of Almaz Capital Partners and Skolkovo Board Member, well-known innovator, entrepreneur and investor in Russia, in USA and Europe, President of the frist Russian TechTour 2004.

Prior to co-founding of Almaz Capital Partners in 2008 with Cisco Systems and UFG Asset Management, Alexander formed the Information and Communications Technology investment practice at Russian Technologies, one of the first venture capital funds in Russia.

Prior to his investment career, he founded and led as CEO five successful companies in the software, communications, semiconductor, internet and security sectors. Alexander has also been an individual investor and advisory/board member for a number of companies, including Magnifire (now F5, Nasdaq: FFIV), Parallels,Start-Telecom; NavMaps (now TeleAtlas), Acronis, S-Terra and PGP Inc. Prior to becoming an entrepreneur, Alexander served as one of the top Technical Executives for the Soviet Space industry.

He has over 30 patents for numerous inventions, including parallel processing, WiFi and VPN Security technologies. Alexander was honored as the most influential person in the Russian IT and Internet industry, and named "Technology Pioneer" at the World Economic Forum in Davos in 2000. He earned PhD in Computer Science from joint authority of Defense Research Institute and MIPT.