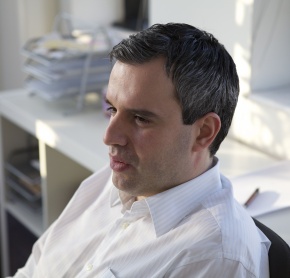 Odysseas Ntotsikas started his career as a Business Consultant with Accenture which he left in 2000 to co-found one of the most successful Internet Start-Ups in the region, yellownetroad.  Following the successful acquisition of yellownetroad by OgilvyOne in 2005 he worked for the agency for 2 years as a Strategic Planning Director. During this time he led Sportingbet to become the no1 Online Entertainment Brand in Greece & Cyprus and he successfully helped to launch Bet365 in 5 European countries.

As if he had missed entrepreneurship he launched Thinkdigital (www.thinkdigital.net) in 2006, leading it to become the strongest Digital Media Network in S.E. Europe. Thinkdigital is the official Sales Representative for Facebook, MSN, Mediamind and a number of local Digital Media in 6 European Markets (Greece, Hungary, Albania, Cyprus, Romania, Bulgaria).

In 2010, Odysseas launched ForestView, the Performance & Affiliate Marketing company of the Thinkdigital Group (www.forestview.eu) pitching customers with a very simple proposition: We get paid by Results!
Odysseas holds degrees from LSE (MSc. in New Media & Communications & MSc. in Management of Information Systems) and Stanford (Executive Program in Managing Growing Companies). He is a frequent speaker on Marketing, regularly presenting at conferences around the Region. Odysseas has also served as General Secretary for IAB Hellas.
He is the proud father of two boy twins.