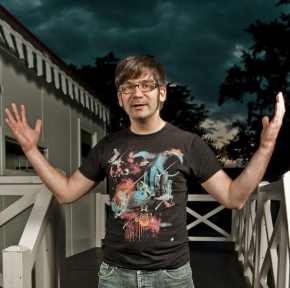 After successfully launching several multicountry Nestea and Coke programs in 2010 Márk became the dedicated account director responsible for The Coca-Cola Company at Carnation.

In the last twelve months the TCCC team led by Mark won the pitch for the leading digital agency responsible for TCCC's teen activities in the CSE region. His team designed, developed and implemented the Fanta Greeting program, the Happiest Coke Bottle program and the Coke CSE website framework in the region and is successfully supporting the Hungarian TCCC team as their local digital agency.

Márk joined Carnation's team in October 2007. Since then he has worked on the redesign of the djuice.hu website (2009) and the raiffeisen.hu website (2010, eFesztivál silver award for usability and contents).

He also managed complex portal development and promotional website projects including oldspice.hu (Procter&Gamble) as well as the production of the campaign creatives for most of Carnation's FMCG clients (Coca-Cola, Procter&Gamble).