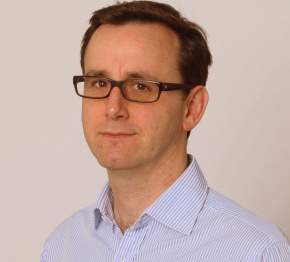 Guillaume Bacuvier is Director of Google's mobile sales and operations for Southern Europe, Eastern Europe, Middle East and Africa, a region where Google currently holds 18 offices. He id based in Paris, regional headquarters for the SEEMEA region.

With the explosion in sales of smartphones throughout the world, mobile advertising has become one of Google's fastest growing source of revenue, compounded by its acquisition of AdMob 18 months ago. Google confirmed in Q4 2010 that mobile advertising had already exceeded an annualized revenue runrate of 1 billion dollars.

Having joined Google in 2006, Guillaume was a founding member of Google's Global Accounts Group, focused on driving Google's global relationship with its largest global customers, with a personal focus on large global customers in the Technology Sector such as Nokia, Dell or Vodafone.
Prior to Google, Guillaume worked in Marketing and Business Development at Orange in the UK and before that was a strategy consultant with Booz & Co, working for Technology and Media clients on their strategy and operations.

He is both French and Canadian, and holds engineering degrees from Ecole Polytechnique and ParisTech, as well as a graduate degree in Industrial Economics from Université Paris-Dauphine and MBA with distinction from INSEAD.

The big trends in the mobile ecosystem and user behaviour