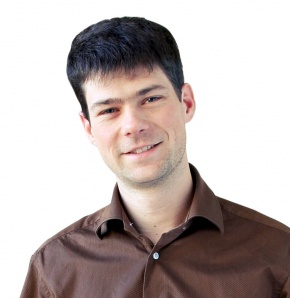 He graduated from the Veszprém University (Hungary) obtaining a degree in information engineering and marketing management in 1999. His major professional fields include information technology in the quality assurance and the relationship between marketing and new technologies. During his university years he was awarded prizes in several professional competitions. In addition, being a leader of several students’ organizations, he took an active part in university social life.

He started his career as an information technology instructor for the Bakony Művek (Bakony Works). Then he was employed in the Turkish office of the Nortel Networks for a brief period. Afterwards he worked in the Information Research Institute of Society and Trends of the Budapest University of Technology.

From 2000 he was a consultant of the Carnation Plc, and further on he became a senior consultant and a member of the management. In 2002 he was charged to co-ordinate the online communication activity of the company. One year later the company was awarded a prize in creative advertising competition the first time.

In 2005 he was appointed an executive director for sales, his job involved the coordination of the marketing activity of the corporation. He developed the Carnation media agency and search marketing services, which have formed a self-reliant business sector providing a considerable part of the company revenue.

In 2007 he made a great contribution to the international expansion of the company; the first office outside Hungary opened in Bucharest under his supervision.

In 2011 he was appointed the deputy CEO. Apart from the further supervision of the media business sector, the scope of his activity includes the establishment of the Carnation Group brand at international level as well as the coordination of the further expansion of the agency in the CEE region.

He has been a professional partner and a sponsor of various professional events organized in Hungary and in the region. He regularly attends such events and delivers lectures there.