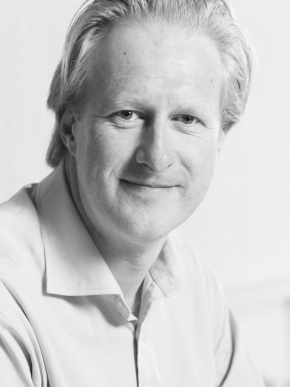 After working for Coca-Cola as an ethnographic researcher specialising in the youth market, Russ started his career in advertising in 1993 at McCann-Erickson - where he worked on a range of accounts including Sega.

He then joined BDDH as a Senior Planner and worked on a range of accounts including the multi-award winning Harley-Davidson Europe, The Guardian and J. Sainsbury's.

He joined Lowe in 2001 to head up planning on the agency’s flagship Tesco account and was promoted to Head of Planning in 2003. He was involved in winning numerous awards including: Advertiser of the Year 2004; IPA Effectiveness; AME Effectiveness; Campaign Press; D&AD Creative and Marketing Society awards.

After a spell at JWT as Head of Planning where he ran a 30 strong planning team and oversaw clients such as Pfizer, Nestle and HSBC, Russ joined Euro RSCG as Chief Strategy Officer in 2006.

Russ became CEO of Euro RSCG London in 2009 and since then has overseen the agency development of its digital, search, social media (Cupola Lab) and channel capabilities, as well as integrate PR into the heart of the business.

He is an elected member of the IPA Council, and was recently voted into the Hospital/Independent Media 100 - a list of the UK’s 100 ‘most inspirational creative leaders’.