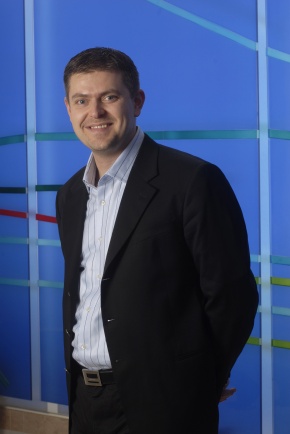 Ilja Laurs is Founder and CEO of GetJar, the world’s largest open application store. In 2009, Informa Telecoms & Media included Ilja in the “Top 40 most influential people in mobile communications”. As a recognized industry thought leader, Ilja speaks on all major telecommunication conferences and is regularly quoted in such respectable news sources as BBC, Forbes, The New York Times, USA Today and other. In February 2010, Ilja made the cover of the America's leading entrepreneurship magazine "Entrepreneur". And in September of 2010, GetJar was selected by the World Economic Forum as a 2011 Technology Pioneer. Ilja was featured in Time Magazine for the World Economic Forum accomplishment and GetJar was listed as one of the "10 start-ups that will change your life."

Since 2005, GetJar provides global distribution and monetization services to 350,000 developers, from one-man shops to established brands like Google, Microsoft, Facebook and Nokia. As of July 2010, GetJar has over 70,000 games and apps and serves over 3 million downloads per day through its own site and network of OEM and carrier partners that include Vodafone, Sony Ericsson, Blackberry and others.

Born in 1976 in Lithuania, and attended school at a time when the country was part of the Soviet Union, Ilja enrolled in an American student exchange program and graduated from Jackson high school in Ohio in 1994. He came back to Lithuania to attend Kaunas University of Technology and later Vilnius University where he studied Economics, financing his education by teaching English to school students. Serial entrepreneur since 1999, Ilja's launched over 10 successful projects, as diverse as Lithuania's largest hotel reservation system LithuanianHotels.com, mobile payments service MicroPay and mobile games studio Gaxo Interactive. Fluent in Lithuanian, Russian and English, he holds a keen interest in Basketball, Tennis, Chess and Watches, and enjoys traveling.