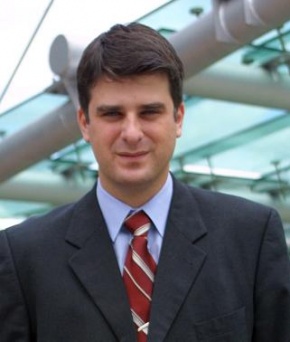 Olgierd has started his professional adventure with Internet in 1995. In 1999 he has established Digital One, one of the first interactive agencies in Poland. In 2003 a strategic partnership with Euro RSCG Group in Poland was signed and in 2005 the majority stake of shares was acquired by the holding. Digital One became the sole supplier of digital services for the group, working both for group's clients and it's own. The agency became one of the leading digital hubs in the network, closely cooperating with offices in Amsterdam and London. At the same time, Olgierd has joined the board of directors of Euro RSCG
Group in Poland. In 2009 the rest of shares in the agency was purchased by the group. Since June 2009 Olgierd has started preparation of new ventures taking advantage of his over 15
years experience within new media, advertising and IT. Details should be disclosed soon.
In the meantime, Olgierd has worked for the various non-profit organization (ie. Mediaklaster, Interactive Advertising Bureau Poland, Advertising Council) and was actively involved in many
educational activities, as a speaker at conferences and a contributor to most popular newspapers & magazines.